IMAX Enhanced, is it the New THX? 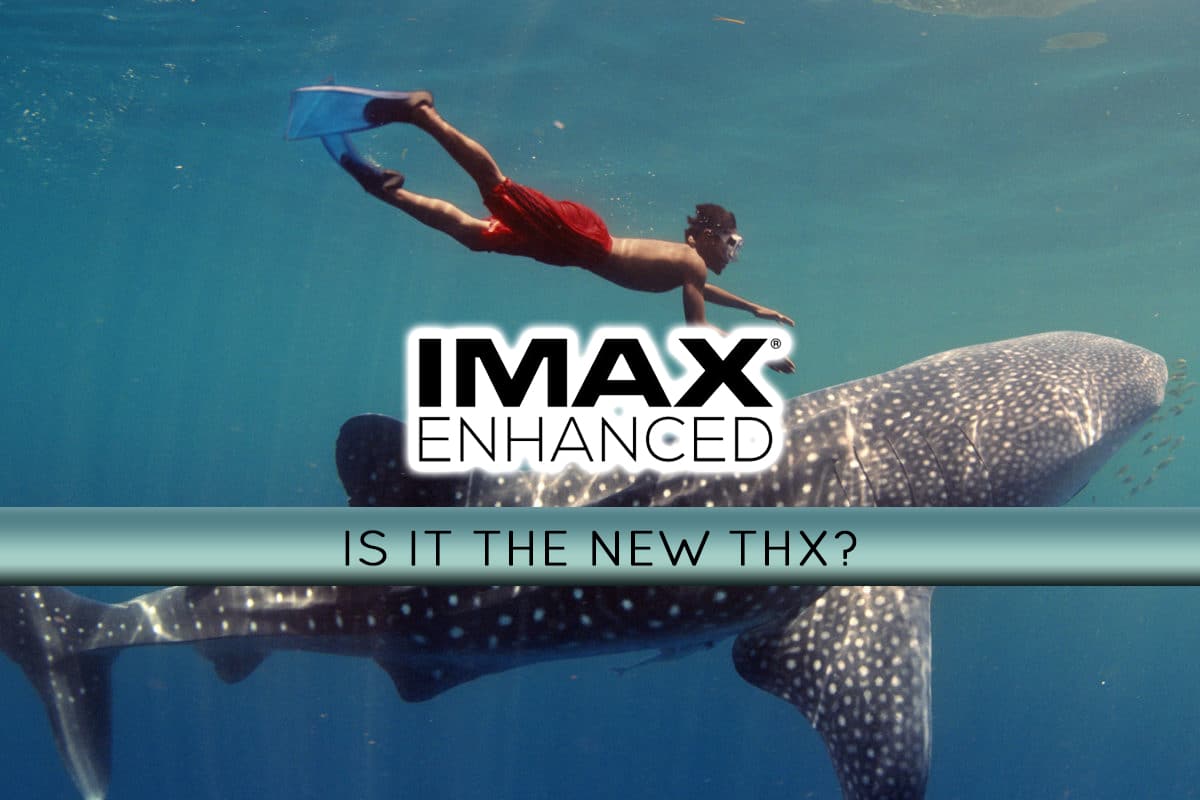 My Personal Introduction to IMAX® Enhanced

By now you may have heard about IMAX enhanced, but chances are you may not really know what it is – or at least not completely. We wanted to help explain a little bit about what it is, what it does, and what you need to take advantage of it.

At Cedia Last September (2018), I sat through numerous demos and four really stood out: one had a price tag of $250,000; another was half a million dollars; but the other two were much more realistic for the average home theater enthusiast, and is where I got a glimpse of Imax® Enhanced. Of those last two demos, one absolutely blew me away. What surprised me most was that, for the most part, the equipment used was good quality, but not ultra high end gear. It consisted of a Sony 65” OLED TV, a Denon Receiver, and some Definitive Technology speakers. The whole system would have been around, or under, $10k. I just got back from the 2019 Cedia Expo last week, and I saw several more IMAX® Enhanced demos, which were all great.

What Is Imax® Enhanced?

So what exactly is IMAX® Enhanced? According to IMAX®, it is, “A new level of quality in home entertainment.” It is designed to give you the clearest images, immersive sound, more picture, and unique content.

Well, it’s a couple things. Like THX, which offered licensing for AV equipment, IMAX® Enhanced is a certification program that includes hardware such as Displays (TVs), A/V Receivers, and Projectors. However, IMAX® Enhanced also encompasses source material or media content such as UHD blu-rays and even streaming services. What is different is the way that IMAX® Enhanced components can work together in a system. When you play a movie that is IMAX® Enhanced, and you have an IMAX® Enhanced receiver, there are flags in the “disc or stream’s metadata that will automatically adjust settings like base management and speaker levels while unlocking additional cinematic mix that’s not available to users of non-IMAX® Enhanced hardware. The same automated control can extend to a certified video display where the picture and other display settings will be to quote IMAX®, adjusted to ‘Provide the sharpest 4K HDR images…as the filmmaker Intended.’ ”

Is It Just Hype?

I have seen an example of this firsthand. While we were evaluating and comparing the Sony VPL-VW295ES and the BenQ HT9060 for our online blog post and YouTube comparison video, the BenQ HT9060 seemed to excel in almost every scene and image that we looked at. However, when we put in the IMAX® Enhanced 4K Ultra HD Blu-ray “Journey to the South Pacific,” we were taken aback because the Sony projector, which is an IMAX® Enhanced certified Projector, now was looking better than the other one, and we were seeing detail that just wasn’t there on the other projector that had been looking better in every other scene we’d looked at. I was blown away – it made a big difference.

Here’s an example of what we saw. But for more images and better closeups, visit the other blog post – or come see it for yourself in person! 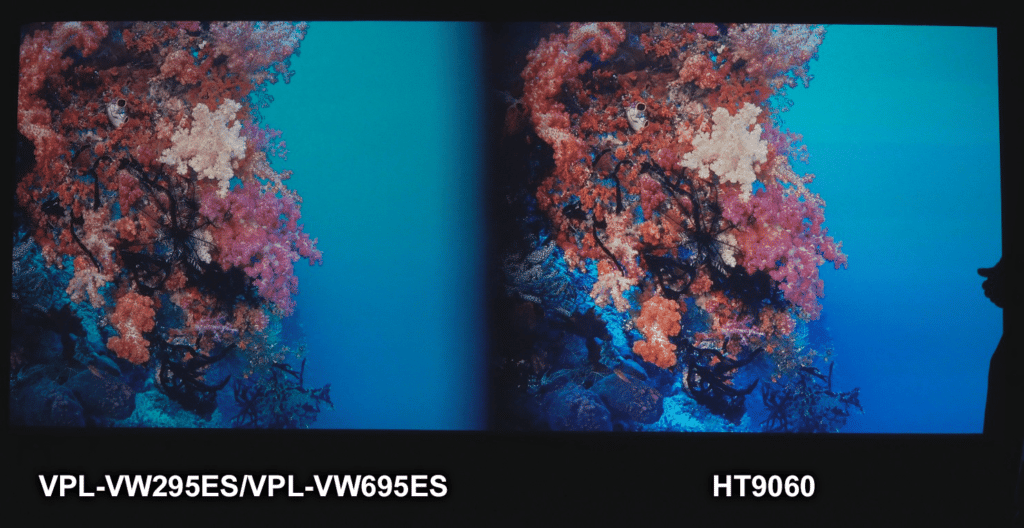 In this image, the detail in coral was very noticeable at viewing distance. It was really spectacular. The Sony VPL-VW295ES would be closer in brightness and still have the same detail with the Imax Enhanced capability as well.

Here’s the section of the video (that went along with our blog) that discusses and shows IMAX Enhanced:

For video, the IMAX® Mode provides the following enhancements:

For audio, the IMAX® Mode enables the following::

Although the IMAX® Enhanced mode is compatible with 5.1, 7.1, or more channel setups, IMAX® recommends a 5.1.4 or 7.2.4 channel setup for the optimum listening experience.

How Can You Get IMAX® Enhanced?

Currently, the brands that have partnered with IMAX® Enhanced are Sony, TCL, Denon and Marantz, Arcam, Elite, Integra, Lexicon, Onkyo, Pioneer, and Trinnov.

So, is Imax enhanced the new THX? In many ways – yes! The take away is that IMAX® Enhanced can bring big cinema impact to the comfort of your home!

For more information about IMAX® Enhanced, check out www.imaxenhanced.com. If you’d like to experience this for yourself, come in for a demo and check it out!

IMAX® is a trademark of IMAX Corporation. More information about the company can be found at www.imax.com.

At a young age, Mike was exposed to electronics and technology, and naturally became interested in them, In high school, he worked after school and on weekends running service calls hooking up stereo and later surround sound systems, as well as troubleshooting and working on Antenna, Cable and Satellite TV systems both in residential homes as well as commercial buildings. He installed some of the first DirecTV systems in the Salt Lake Valley when they came out in 1994/95. He has been in in the consumer and professional Audio and Video industry full time for over 20 years. He is currently an account manager at TVS Pro and specializes in audio and display technologies.
← JVC DLA-NX7 vs Epson Pro Cinema 6050UB vs TVS Pro Theo-Z65 (Part II)
JVC DLA-NX7 vs TVS Pro Theo-Z65 Lite with Kris Deering →